You are here: Home / Issue IV - 2020 / Residents’ Perception and Attitudes toward the Development of Tourism in Raja Ampat

Tourism development usually results in various economic, socio-cultural and environmental impacts (Ribeiro, Valle & Silva, 2013). The UNWTO stipulates that tourism should empower residents and help them to obtain a better quality of life. However, as tourism experts have acknowledged, tourism also spreads bad impacts. The residents will furthermore expect a balanced situation: what benefits can they obtain to replace what they have ‘lost’ from tourism activities? This situation is described as social exchange in tourism (Ap, 1992). Therefore, tourism should spread benefits to the society whilst minimalizing the bad impacts.

This dynamic process occurs in Raja Ampat, Indonesia, one of the best and fastest growing diving destination areas in the world (tripadvisor, 2018). On the one hand, the people of Raja Ampat derive various benefits from tourism, such as general education, knowledge about the outside world and income. On the other hand, the prices of goods increase, and the quality of the natural environment is degraded in the destination area (Bhati & Pearce, 2016; Salvatierra & Walters, 2017). Hence, this article will discuss the balanced situation between the good and bad impacts of tourism and how the residents respond to those situations.

In the Raja Ampat area, the majority of the population work as fishermen. This livelihood depends on the quality of nature, which can then suffer from some negative impacts from tourism activities. In fact, in the first decade of this millennium the quality of the natural environment in Raja Ampat declined (Varkeyet et al, 2010) and tourism was cited as one of the causes.

I found from my research that Raja Ampat islands have a lot of differences between one area and another. Therefore, I chose two different areas. The first area is Saporkren village, located on the same island as the city center, and the second area is Sawingrai village, which is further from the city center (about 50 minutes by traditional motorboat).

The goal of the present research:

My research attempts to answer two questions. How do the people of Raja Ampat perceive tourism and what are their attitudes towards it? What are the future prospects for the local people in terms of conserving nature and living with tourism?

Ethnographic approach, as an element of qualitative research, is the most suitable way to understand the perception and attitudes of the people of Raja Ampat in this case. This method was used in two villages for almost two months. In-depth interviews with eighteen informants helped the author to collect the data. I also conducted some ‘everyday conversation’ with various residents and used participant observation to triangulate all the necessary data. It was essential to obtain the residents’ trust for them to reveal their true feelings. I also conducted desk research using government data, journals and books to complement the primary research.

As a nature-based society, humans and environment are interconnected, so they form a very complex relationship: sometimes the local residents treat nature like a family member and care for it; but sometimes they forget this and just exploit the environment. I found three eras of this relationship (Tirta, 2018).

Before the 1990s, the Before Trading Era, humans and nature had a good relationship. Humans regarded nature as their mother, and so treated it as well as they possibly could. However, after the Trading Era began in the 1990s, humans began to forget this relationship and entered a more market-based economy and society and used money for exchange.  Nature in Raja Ampat suffered significantly in this era. Hence, this era experienced the worst condition of nature in Raja Ampat. Then, in the 2000s, the Tourism Era, the local government and society strove to increase the quality of nature. Unfortunately, the quality of nature in a few areas near the city center hasn’t recovered yet.

Development of tourism and residents’ participation

Considering the human-nature relationship, the perception and attitudes of the residents can’t be detached from the condition of nature and how they survive the situation. Hence, the development of tourism in the area by the local government led to new challenges for the local population. I will separate the analysis between the first area and the second area to make it clear for the reader.

First, Saporken village. As stated above, the quality of the natural environment in this area has declined continuously up until now. There are different impacts for residents who have money, capital and skills and those who don’t. Those who have money or capital can become involved in the tourism sector as homestay owners. This job helps them increase their income as there is only limited accommodation for tourists in the Raja Ampat area. Those who have skills such as carpenters or drivers can become involved, too, such as by providing materials for the homestays or by piloting boats for island tours or by acting as birdwatching guides. So, degradation of the quality of nature isn’t a barrier for them to obtain income.

Meanwhile, the situation is different for the residents who don’t have money, capital or skills. They usually work as fishermen with traditional boats and paddles. However, they have a difficult time making money as degradation of the quality of nature leads to a decreased number of fish and a more limited fishing area (some homestay owners don’t allow them to fish near the homestay area). It’s also hard for them to paddle their boats far away from the seaside to catch fish. In the end, they can neither participate in the tourism sector nor meet their daily food requirements.

Second, Sawingrai village. The condition of the residents who have money, capital and skills in this village is quite similar to those who have the same attributes in Saporkren village. Some of them build homestays, some become boat drivers or other tourism stakeholders.

Those who don’t have money, capital or skills experience a better economic impact here. The local government supports the development of tourism by creating a better quality of nature in the area, such as setting limits on fishing, prohibition of illegal fishing and nature preservation. Those actions have caused the number of fish to increase so that the fishermen can easily catch the fish. They can then sell their catch to the homestays for tourists at a higher price.

Thus, the connection between the development of tourism and the condition of the residents is that the fishermen here don’t have to catch many fish to make a lot of money. A small catch provides sufficient money for their daily lives. They also don’t have to go far away to the city center to sell those fish. As the fishermen do not need to catch a large number of fish to survive, they can continue to catch fish in the traditional way (nature based-local wisdom). Fishermen do not need to use explosives, for example, to support their activity. These mechanisms will help the nature to recover. 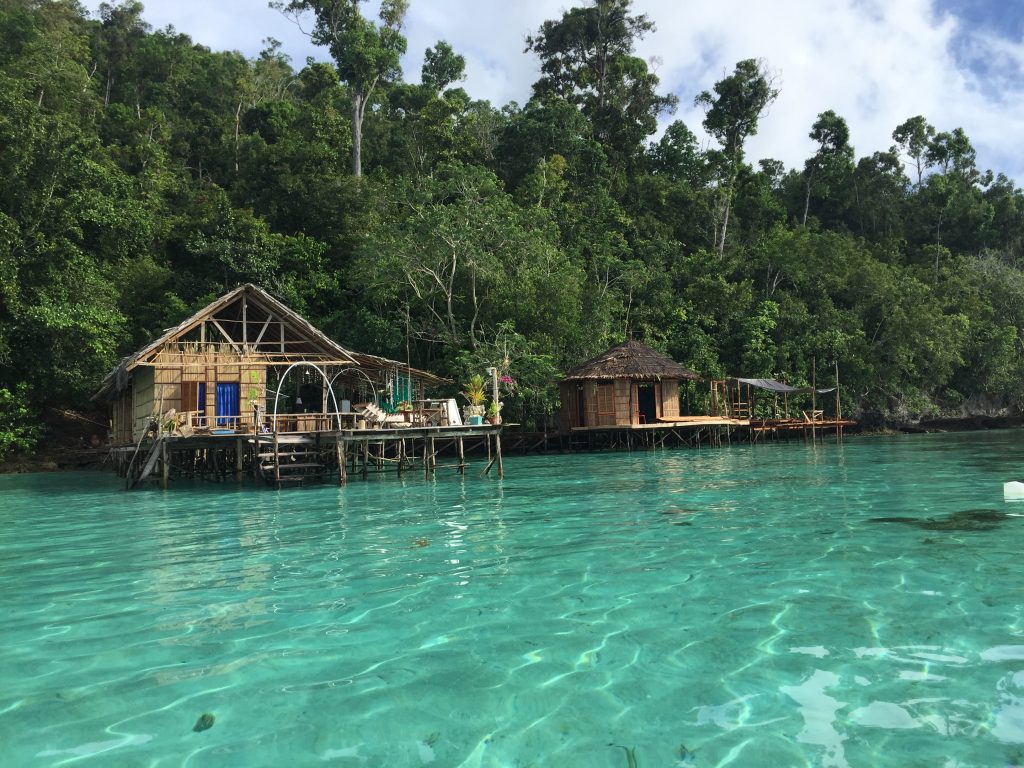 Residents’ perception and attitudes. The perceptions and attitudes of the residents of Raja Ampat towards nature can be divided into three categories

First group, the people who experience the good quality of nature. Both the residents who have money, capital and those who don’t are excited by, accept and support the development of tourism, as the balance between benefits and losses feels more positive to them. This group lives in Sawingrai village. The improved quality of the nature increases the village’s economic growth and the residents’ quality of life. The interaction with tourists improves the residents’ professional skills, knowledge and language abilities.

Second group, people who experience the bad quality of nature but have money, capital and skills. This group lives in Saporkren village. From the social exchange perspective, they still derive more benefits rather than losses from the development of tourism. Therefore, there is almost no reason for them to reject it in their area.

Third group, people who also live in Saporkren village but don’t have money, capital and skills. They reject and feel excluded from the development of tourism as it only results in losses, such as the decreasing quality of nature, for them. Unfortunately, they can’t do anything and can only depend on the local government to help them survive.

Although there are many debatable opinions of the development of tourism in the Raja Ampat area, I believe that tourism cannot be stopped in this area. Nature-based tourism is the biggest asset of Raja Ampat to improve its residents’ quality of life. Considering the current situation, I have one recommendation for the residents and tourism stakeholders to survive in the future.

The Raja Ampat area should develop a new fish trading system for the residents. Saporkren village should build a local fish market which is owned and operated by the residents from the third group (currently not involved in the tourism sector). The suppliers will be the fishermen who come from the area far away from the city center. They can sell their excess catch in this market. The local government should also regulate them, so they do not sell their fish directly to homestays. Therefore, this local market will be the intermediary between the fishermen and the homestays in Saporkren village.

In this mechanism, the head of Saporkren village should take the role as policy regulator, as he/she has political power and legitimacy with the residents. With guidance and knowledge about the market mechanism from the central government and NGOs, all groups in this area will derive benefits and can empower themselves. Thus, the people of Raja Ampat will be involved and survive in the development of tourism in their area. 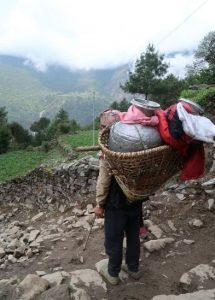