The digitalisation of our everyday life is an ongoing process and consumers are confronted with new opportunities almost every single day. From public transport apps to banking or health apps, the people rely on their electronic devices more and more. Therefore, big players in the industries are trying to optimize and create more Apps and gadgets which make daily life smoother.

In the tourism industry as well, the development of technologies has not stopped. At tourism conventions around the globe VR technologies have been used for marketing purposes for quite some time now. 360° videos/ photos and augmented reality have been used to walk tourists around their possible future destinations and allow to visit and experience the holiday location before their visit. This makes it possible for destinations to stage and improve their image of the travel destination much more. The internet of things is continuously growing and dynamically evolving, which leads to tourism players acting upon these developments. Lufthansa and Rimowa, for example, integrated electronic luggage tags, which can be used to locate suitcases. As technology is quickly changing and improving, it can be outdated very fast as well.

The airport “Berlin Brandenburg”, shortened to “BER”, has been an ongoing project for over a decade. In the year of 2006, the project to build a new airport for the German capital city started. Due to many issues in the construction process, the billion-euro project’s opening will probably happen this year on the 30th October 2020, with a delay of 9 years. It was planned to open in 2011 already. In many ways the delay is causing not only extra costs, but there is also an important question which arises: If the airport is already nine years behind in terms of technology, how up-to date can it be? The airport is expected to have a total capacity of 48 million passengers per year.

For a quick recap: In 2011 the iPhone 4s was published, the LTE network was just introduced in Germany and Windows XP was the common software in use. Smart TVs were just developed, before this time watching Netflix on a TV was not such a thing. As the opening of the airport got postponed year by year and is only now, in 2020, ready to hopefully open its gates to the public, most of the systems are not up to date anymore. The airport was promoted as “The most modern airport in Europe”, however how modern can an airport with almost 10-year old technology be?

The tourism industry has been growing immensely over the past years and platforms such as Instagram have been a catalysator to boost certain holiday destinations such as the Italian village of Le Cinque Terre, for example. As more people travel, new systems and platforms became popular, making tourists able to plan and organise their own holidays. From the booking process to the Check- In at the airport, nowadays almost everything can be done with a Smartphone. However, the BER airport was not prepared for these developments. They promoted WIFI as a key feature of the airport, which is now the standard everywhere. The elevator still operates with Windows XP, which cannot be updated anymore. Old systems might be a problem concerning safety reasons, as they can be easily hacked. Especially in an international airport, a gap in security is alarming. It cannot be said that the system is not safe, however it leaves more room for attacks. The fact that customers can weigh their own luggage with the help of computers and Check- In themselves with a barcode was not thinkable back then. Today, travellers have to pay extra with certain airlines if they do not Check-In themselves in advance. Nevertheless, introducing new technologies is a high cost activity for airports, because the security features must reach very high standards.

Especially in the tourism industry, customer satisfaction is the key. When no actual product is sold, the customer experience is the most important thing. The customer journey can mainly be divided into five main steps: awareness, consideration, purchase, service and loyalty. In all of these steps, technology plays a role. The easier and handy the technology is, the less problems might arise. With the help of Big Data, the airport of Cologne/ Bonn already tried to implement improvements in the passenger experience. This means that the user experience at the airport will influence their satisfaction and therefore create an emotional bond with the airport and/ or the airline they are travelling with. The goal is to remove most of the stress factors at the airport to create the most pleasant experience possible. With smiley buttons that can be operated via touchscreens which are placed around the airport, the travellers can send their feedback about their experience to the airport directly. This benefits the travellers and the developers at the same time. The developers know that they need to make improvements and the passengers can share their opinion and, in the best case, experience the improvements once changes are implemented.

Overall, it can be concluded that technology plays a major role in mainly everyone’s life nowadays. Therefore, it is also important when people are travelling. One of the first touchpoints during a trip is the airport, where the actual journey starts. Therefore, the experience at an airport can determine the first impression of a trip. In the case of the BER airport, systems need to be updated as fast as possible to make the everyday business run smoothly. The use of technology is inevitable and next to that it is crucial that the systems which are being used are safe and always up-to-date, focusing on creating the best possible passenger’s experience.

Editorial: Learnings from the EIFMeT Masterclass 2020 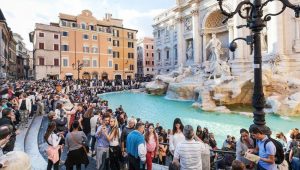 Can ICT offer solutions to overtourism? 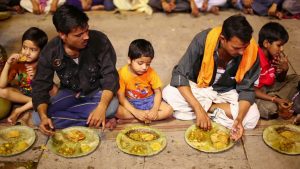 Marie Detmer
Student at the Eberswalde University for Sustainable Development