The application of branding techniques to places is receiving increasing attention from academics and practitioners. Driving this interest are efforts of places to attract talented immigrants, influential investors and domestic as well as international tourists. Simon Anholt (2005), a pioneer policy advisor, believes that “a globalized world is a marketplace where country has to compete with country — and region with region, city with city — for its share of attention, of reputation, of spend, of goodwill, of trust” (p.4). As a consequence, places including cities and regions have been applying branding techniques in their marketing efforts and policy plans to compete with other places (Ashworth & Kavaratzis, 2009; Dinnie, 2004; Rainisto, 2003).

Destination branding allows stakeholders to form a unique image in the mind of visitors. In other words, it applies brand techniques for the benefit of tourism destinations (Morgan et al., 2002). Destination branding also reaches beyond the tourism industry with the capacity harmonize community development (Ashworth & Kavaratzis, 2009). In order to manage destinations efficiently, Hanna and Rowley (2008) assert that it is essential for destination managers to engage in the process of brand identity formulation to unify the complex nature of a place’s purpose and direction.

An initial step in designing brand identity is to understand the identity of the place to be branded. In other words, place identity is the core brand that facilitates the representation of a consistent image in the mind of stakeholders as well as visitors (Kavaratzis, 2005; Simoes & Dibb, 2001). Moreover, destinations must incorporate several elements, namely identification, differentiation, recognition, expectations, emotional response and consistent message to develop a brand (Blain et al., 2005). Therefore, the exploration of place identity followed by the formation of place brand contribute to brand awareness and to the appreciation of local culture.

Whereas most branding studies have been focusing on Europe and North America, Central American, African and Middle Eastern places have remained unexplored (Whitelock & Fastoso, 2007). According to Govers (2015), insufficient knowledge of these regions reflects that “globalization has accelerated the challenges facing humanity, but even though we now have the technology and international media, globalization has done little in terms of extending our patience with and understanding and appreciation of ‘the other’” (p.5). Shiraz, as one of the main tourism destinations in Iran, is among these unexplored branding cases. Despite the availability of a wide range of attractions from natural resources to cultural heritage sites, Shiraz has not been successful in reaching its potential number of international visitors. One of the main challenges herein is the absence of a place/destination brand in this city (Kazemifar, 2015; Sarai & Shamshiri, 2013). Hence, the goal of my research was to analyze place identity in the process of destination branding and develop brand identity for the city of Shiraz to attract tourists.

The exploratory nature of this research mandated a case study approach. As Morris and Wood (1991) stated, a case study approach assists the researcher in understanding a case in context. Most extant research in place branding has used qualitative methods (Gertner, 2011). Therefore, the chosen approach for this research was a qualitative case study. Primary data were collected using in-depth interviews, questionnaire based survey, observation and field notes.

There are serious ambiguities in the minds of stakeholder groups about the brand of Shiraz. The reason of this unfamiliarity is the absence of a destination marketing organization or a branding campaign in the city. However, the background and history of the city were emphasized in formulating a vision for the destination brand. In other words, the preservation and expression of Farsi language and Persian culture are favorable visions. Also, functional attributes, such as the beauty of historical architecture and Persian gardens, as well as emotional attributes, like the warm-hearted attitude toward tourists, make the city identifiable. However, the influence of sub-cultures creates a challenge in distilling the city’s values due to growing number of immigrants moving from rural areas to the city. In addition, the lack of effective cultural events and unproductive cultural management hinder the formation of consistent values.

The importance of developing a consistent brand message plays a vital role in branding a destination. While stakeholders acknowledge the importance of branding as a powerful tool to introduce the city and attract visitors, three important factors challenge the city to form its brand identity and lead to complexity in developing Shiraz brand. The first one is the variety of decisions that different governments have made regarding tourism policy and national development plan which directly affect the ways of development in not only Shiraz but also other Iranian cities. The second factor is the lack of cooperation among relevant stakeholders in the formation of place identity. The third topic is related to the expansion of the city which led to the division of Shiraz into two parts, called the old and new districts, respectively. While the old district is occupied by historical attractions and antique architectural monuments, the majority of native Shirazi people have moved to the new district because of insufficient infrastructure and migrant settlement in the old part of the city. Therefore, there is some confusion about the articulation of Shiraz’s identity because of various decisions made by public stakeholders regarding tourism development followed by the contradictory urban planning of the city over the past decades.

Several actions are needed to move this situation forward. First of all, the involvement of all relevant public and private stakeholder groups is needed to reach a comprehensive agreement about the identity of Shiraz. In other words, the engagement of previously neglected stakeholder groups like Shiraz universities with their faculties of marketing and business management, tourism, archaeology, history and Farsi language is recommended. Hence, the necessity of discussions and sharing different views regarding the identity elements of Shiraz followed by cooperation between stakeholders are emphasized to develop a consistent brand message. Holding academic conferences and branding seminars would also assist the stakeholders to collaborate in the branding effort.

In general, the conservation of old city district would help keep its original identity alive. It is recommended that the city represents itself as the capital of Persian culture and Farsi literature for two reasons. Firstly, it would help Shiraz distinguish itself from other cities in Iran and in the Middle East. Secondly, it contributes to the image of Iran by showing the distinctive features of national identity that can be found in the physical assets like Persepolis or in emotional attributes like the hospitality of people. According to Anholt (2006), it is difficult to brand a country as a whole since there are various features like landscape, people and culture that are different from one region of a country to another region. By contrast, when a city and its name comes to the mind of an individual, it is easier to think about it as a single entity.

Brand identity elements interact produce the story of the place. More specifically, experience and culture are trending elements for cities to represent themselves (Jensen, 2007). A focus on heritage tourism would highlight Persian culture and Farsi literature as the legacy of ancient legends and historical scholars who lived in Shiraz. Moreover, in experiential services like tourism, epistemic value that stimulates curiosity gives experiences unique value (Babin, Daedern & Griffin, 1994; Seth et.al, 1991, in Sweeney & Souter, 2001). However, the involvement of different stakeholder groups and their knowledge regarding place identity and brand are the prerequisites in the process of destination branding. In consequence, this research can be considered as the initial stage to get an insight into this process.

The overwhelming challenge with place brands is the wide range of key stakeholders narrating different stories, leading to complexity. According to Freeman (2010), stakeholder mapping is attainable by analyzing stakeholder’s rights, interests and their interaction. A coherent and legitimate brand is achievable if different stakeholder groups including public sector, private sector, and civil society, all accept its identity. Hankinson (2010) claims that the weakness of some place branding studies is that they ignore the views of practitioners and exclude considerable parts of managerial application. Although the recent place branding literature complains about the ignorance of practitioners, the findings of this case study research show that the serious and early engagement of academics play a crucial role in building a brand identity as well. Furthermore, the involvement of academic stakeholders helps political leaders fill the legitimacy gap that might occur between public perceptions of what a place is doing and what is expected of it (Kazemifar, 2015; Sethi, 1979).

Place branding in Shiraz is in its infancy. Practitioners and executives have insufficient knowledge about the process of place branding. Moreover, various interpretations regarding the city’s space result in conflict among Shiraz stakeholder groups (Manoukian, 2012). Thus, the early engagement of academics who have insight about the identity and culture of place may help form the local brand identity, as well as contributing knowledge of the branding process. 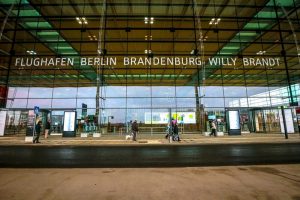 Corporate Social Responsibility for Inbound Tour Operators in Vietnam: Perception and Reality and introducting Travelife Certification for the Travel sector 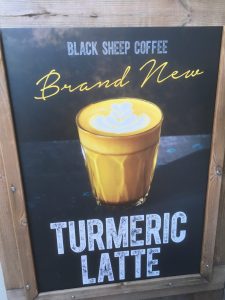