Many people, including but not limited to politicians, policy makers, advisors and students, are familiar with the term city marketing. Many cities are already ‘doing it’ or considering taking it up. Critics, however, consider it to be a hype and a rather vague concept. Here we ask ourselves what city marketing is about and whether it here to stay.

City marketing should certainly not be regarded as something new. It already existed in Roman times, except that the Romans did not call it ‘city marketing.’ Even then cities were busy competing with one another and strengthening themselves. Considered from that perspective, city marketing is here to stay. But of course, the concept does change in meaning over time.

This has certainly happened in the last ten years. Presently, citymarketing is closely linked to concepts such as cooperation and co-creation. Before, it was mostly interpreted as spreading the word about the positive characteristics of a city to the outside world. These activities are much better referred to as ‘city promotion’. More cities are now using city marketing more integrally and strategically. These cities are aware of the need to differentiate themselves from other cities. Via differentiation they remain relevant for inhabitants, visitors, and companies. Becoming or remaining attractive for these target groups is a necessity to strengthen the local economy and to safeguard future development. This is the core of city marketing.

Even though there are many cities that have used city marketing to put themselves ‘on the map’ there are also people that remain skeptical. These people often refer to examples where, in their view, city marketing has been used unsuccessfully. An analysis of these cases shows that one of the main reasons for the failure is that implementation of city marketing has been decided upon within the walls of municipality. But the city does not belong to the municipality! It belongs to everybody: inhabitants, visitors and entrepreneurs. City marketing means cooperating with all relevant actors in the city, creating support and commitment. It is true that the municipality often plays a vital role in city marketing, but cannot and should not attempt to do this on its own.

Places that have created a powerful proposition and successfully ‘spread to word’ are the city of Eindhoven and the island Goeree Overflakkee (both located in the Netherlands).

Eindhoven has focussed on the core concepts of technology, design and knowledge. This choice has been followed through in many policy domains, related e.g. to the inner city and events. For example, the Dutch Design Week is used to tell to story of Eindhoven to many national and international visitors.

Goeree Overflakkee has formulated to ambition to become the most sustainable island of Western-Europe. A clear choice! The ambition is visible everywhere; e.g. events are organised in cooperation with Tesla and houses are being build using the newest sustainable technologies. Earlier, Goeree Overflakkee struggled to safeguard an appropriate level of facilities and the inhabitants did not feel connected to the municipality (which used to be split up in four separate municipalities). Now, inhabitants are proud, new companies are being attracted, and the number of inhabitants is increasing again. 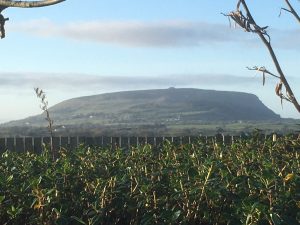 Ecotourism – a suitable tourism development strategy for the Solomon Islands? 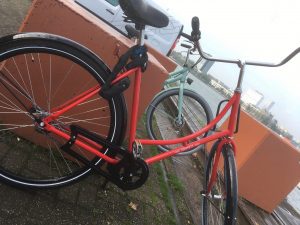