You are here: Home / Issue V - 2021 / Understanding the construction of transnational identities

New forms of identities have emerged as a result of globalization processes. Hence, the more individuals intermingle, the more intercultural a society becomes. “Hybrid identities” or “transnational identities” are concepts derived from this phenomenon. The latter refers to people migrating from one country to another, who, through the interaction between their country of origin and the new one, reshape their identities. To approach this reality, this study aims to understand the construction of transnational identities.

The research draws on different qualitative methods to answer the research questions. First, a document analysis and literature review were conducted to collect secondary data that provided a context for the topic. Second, primary data was gathered through a theoretical model called The Life Story Interview (TLSI), in conjunction with a questionnaire created with specific transnational questions, reinforced by a visual technique in the form of an object that evokes memories. Finally, a virtual semi-structured interview was conducted with an anthropologist to obtain expert opinion.

Because of the onset of the pandemic, some changes had to be implemented during the study. The following table shows the methods planned before and after the pandemic emerged (March 2020).

Content analysis, applied to the TLSI method, identified six factors having a significant role in constructing transnational participants’ profiles: a) moving, b) high or turning point, c) identity and social identities, d) countries, e) characteristics/feelings when moving, and f)  social, cultural and political sources. The coding scheme extracted from the questionnaires, however, narrowed down the key aspects for the construction of this identity by recognising repeated patterns. Thus, classified under “migration/moving”, “social identities” and “countries”, they were later supported by the results of the thematic analysis of the interview, as similar concepts – challenging process, groups and sense of community, beyond one place – emerged. Finally, through visual analysis of the memory object, participants emphasized the importance of being connected between the host country and the country of origin.

Based on these findings, the research concludes that the construction of a transnational identity would not be possible without the involvement of three factors. One, the challenging process of migrating, which will last over time during the stage of adaptation in the new place. Two, the role of both countries: the country of origin and the host country (Catalonia for this study), as they connect an individual’s past and present life. Therefore, connections and comparisons between the two are made as a result of individuals not feeling complete in either place. And three, social identities, namely family and friends. Because of the profound influence they have on an individual, these factors help build identity as individuals dynamically combining their social identities with their own experiences.

The benefit of a better understanding of this social phenomenon serves, on the one hand,  individuals who frequently do not know how to find themselves in a new environment and, on the other hand,  society and communities, able to better understand (with further research), act (through policymaking) and apply (within integrated education).

Although this study focused on “transnational identities” as such, this section addresses the plurality of the intercultural community.

Once the results of the study were determined, reflections went beyond what had been found. The objective from the beginning was the understanding of oneself, though understanding others. Therefore, global awareness of this phenomenon can in turn have a positive impact on contemporary society.  By means of three pillars (research, policymaking, and education), possible gaps concerning intercultural inclusion can be addressed.

First, research is key to understanding. Thus, it is important to acknowledge the problems related to interculturality, whether it is racism, the risk of social exclusion, or negligence towards different cultures. In this study, the importance of an individual’s origins (or country of origin) was identified. That is, it is not only important to focus on the present (and thereby, host country), but to accept the biculturality of people by emphasizing equally the two societies – host and origin. “Understanding otherness” is a key aspect of inclusion.

Secondly, policymakers who act on these problems should not only be limited to integrative measures once transnational individuals have landed in the host country, but also consider aspects related to origins, as one’s heritage should not be underestimated (Esteban-Guitart & Vila, 2015). The best way to do so is to implement this in education, which leads to the third point: here is a need to prioritise intercultural skills in education. These skills include languages, intercultural communication and citizenship, among other topics. This would not only shape more open-minded individuals but also more united people without prejudice. 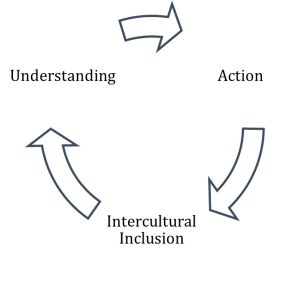 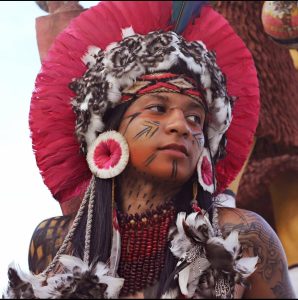 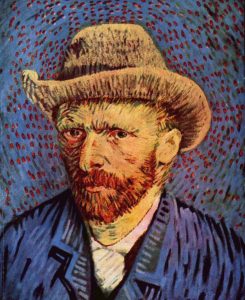